The great crypto ICO boom and bust of the past two years has seen millions of invested dollars go down the drain as CEOs cash out upon exchange listing or just abandon projects after the token raise. It is very easy to offer a wry smile at groups like Rekt Plebs, which exist to laugh at naïve investors who have sometimes lost life savings on a project that exit scams, but it is easy to forget that there are people behind the losses. In a special report, we go behind the scenes of Sparkster REAL Action, a group fighting for justice following the collapse of the Sparkster project, to hear their story and find out how they plan to take on the CEO that left them penniless.

Sparkster – from Firecracker to Fire Sale

Sparkster was supposed to be, in the words of CEO Sajjad Daya, a “life changing” project. The decentralized cloud software promised 10 million transactions per second and software that could be “built by anyone in plain English”. Ian Balina was brought on board to promote the ICO, and the project ended up raising $30 million in June last year. So far so good. It didn’t take long for the wheels to begin to come off however, with accusations of wasted ICO money, tokens being held back, and gross mismanagement. After huge delays and broken promises the token finally launched on IDEX in June this year, where it instantly crashed 99%, cleaning out almost all the investors in one fell swoop after a year of waiting. Less than five months after the disastrous token launch, the project lies in tatters, with further accusations of admins not being paid, protestors being silenced, and Daya himself having abandoned the project.

One investor who lost out more than just money goes by the name of Refresco, a former admin on the project’s official Telegram group. He first took an interest in Sparkster when Ian Balina put it in his Hall of Fame. “I became very much interested in the idea, the company, and the project,” he says. “Not long after, I met Sajjad (CEO), Shabeer (Technical Evangelist), and a marketing executive at a meetup in Amsterdam, where they had just come from a Blockchain ICO event. They invited me to come and see them at the Sparkster stand the next day.” Refresco liked what he saw and what he heard, and kept in contact with the marketing executive following the event. Before long he was appointed admin of the Sparkster community Telegram group. This was back in the early stages of the ICO, where everything was “exciting”.

Following these early days, Refresco says that cracks began to show in the Sparkster setup once the hype had died down and the ICO had passed. Sparkster raised $30 million in ETH its July 2018 ICO, at a time when ETH was valued at about $450, but Daya failed to cash out. As the market further capitulated he still neglected to sell, propping up the company with, Refresco says, funds drawn from his other companies, in the hope that ETH would rebound to all time highs. Eventually he sold some when ETH was around just $80-$100, although much of it remains in the Sparkster accounts. This failure to protect the capital was just one example of his lack of business acumen, with Refresco stating that Daya brought “confusion” to the table, with “ridiculous claims” like his stating that the token could deliver 300x from ICO. According to Refresco, Daya also soon showed an inability to handle and operate the business, leaving admins like him having to advise on some aspects of best practice, even though they weren’t trained or experienced themselves. In his position as admin, Refresco was privy to many of the strange workings within the company, like Daya using employees from his existing companies to work on Sparkster instead of hiring individuals specifically for the project, which caused many “question marks” to pop up, but he retained hope that the team would do a deal with a big exchange and he could sell his tokens and move on.

The first half of 2019 was, according to Refresco, “the worst time”. As the months following the ICO passed, Daya kept resisting requests to hand out the tokens investors had paid for, citing “uncertain market conditions” and a family bereavement as reasons for delaying the unlocking of the tokens. In his absence following the bereavement, Shabeer Kirmani, the Technical Evangelist, in temporary charge. “He just did not know how to handle the community or the company,” Refresco says, as the project lurched from crisis to crisis.

Nothing improved following Daya’s return, with the CEO even forming his own private group, according to Refresco, after shutting down all communications within the official channel for weeks, where he “kept updating the supporters and ignoring the public.” However, Daya left this group after “even the biggest supporters criticized him”. The lack of business expertise within the company was becoming evident, as was a growing suspicion of the promise that the token would launch on a huge exchange. Big exchanges were counselled, Refresco says, and a contract was even signed with KuCoin, but the exchange pulled out after they realised that the terms of the contracts meant that the Sparkster token could be minted indefinitely. This bombshell caused yet more concern among him and the other admins, who were having to placate angry investors all the while. “I remember Daya thanked us for doing such a great job in handling the community,” Refresco says, “although we ended up losing out like everybody else, except him.”

“We all knew the price would tank – the admins, the team, everybody”

Conversations with the investors and even the admins reduced even further, leaving everyone clueless as to what was going behind the scenes. Eventually, after a year of waiting, Daya announced that the tokens would be unlocked on IDEX. This news made morale plummeted further, as it was miles from the big exchange they had been promised. “We all knew the price would tank,” Refresco says, “the admins, the team, everybody”. Up to this point, Refresco hadn’t pushed for payment because he still had a little hope for the big exchange Daya had always talked about, but upon learning of the IDEX unlocking he tried to negotiate with Daya for his fees, but to no avail – the best offer he received was a promotion to the main sparkster channel, but that channel got shut down shortly after. In the end he managed to get payment for one month’s work, which was paid from one of Daya’s other companies and not from Sparkster.

The token launched on IDEX and made headlines when it crashed immediately, up to 99% at one point, leaving everyone’s investment in tatters. With the token price in the gutter and tensions boiling over, Daya and the team began removing those who complained too loudly from the chat group, which was eventually closed completely to comments. It was clear to everyone at that point that the situation was terminal. The project had officially become a scam.

The Investors Fight Back

In September, after weeks of trying to negotiate with Daya, Refresco formed the ‘Sparkster REAL Action’ group, with the aim of trying to get some kind of recompense or at least some kind of action against Daya that might see justice done for himself, the other admins, and the investors. Where other admins are not able to comment on events due to signing non-disclosure agreements (NDAs), Refresco is happy to speak out because he and another admin, Nikita Vdovin, didn’t sign them – Refresco offered, he says, if Daya would pay his invoices, but Daya refused.

The ultimate hope is that a government/institution will look at this, line up all the facts, announce it as a fraud, and take action against him.

The group has over 350 members, with various proposals being drawn up regarding the best route to take, including paying out of their pocket for legal action. Unlike other scammed groups who simply accept their fate, Sparkster REAL Action has vowed to get organized and use all the contacts and influence at their disposal to raise awareness about what has happened. There is also a Sparkster Class Action group, whose aims are self-evident, which Ian Balina himself has joined. The ultimate hope, says Refresco, is that “a government/institution will look at this, line up all the facts, announce it as a fraud, and take action against him”. This would allow them to pass on all their information and leave the authorities to take the appropriate action, ideally leading to the recovery and redistribution of the remaining funds back to investors. They have strong evidence that a series of crimes has been committed, but without the experience or financial backing to take it further they are somewhat hamstrung.

This leaves the group to do their own research. Many are actively researching the options open to them, as well as investigating more into Daya’s past to see if that can help them in any way. They have been “digging deeper and deeper” into Daya’s companies, where things apparently get “way more shady”. The group has been reaching out to anyone they can think of who can point them in the right direction, from large investors to Libelium, a one-time manufacturing partner of Sparkster, and well known tech firm ARM. Refresco has tried continually to reach out to Daya, but all messages since August 22 have been left unread. Where does Refersco think Daya is? “I have no idea where he is, but the companies he runs are in London, Florida, and Bangalore, India. I think he is ghosting us on the assumption that we are not doing anything, but he couldn’t be more wrong.” And what about the Sparkster platform itself, the website for which is still up? “He is not even building on Sparkster,” says Refresco, “and all the promises he made about the actual project “building in plain English” went out of the window. Instead, he let the team work on an ‘algorithmic platform’ that nobody even asked for.”

Daya thinks I am an empty threat.

Like the thousands of affected investors around the world who are preyed upon by cynical, manipulative operators and their fraudulent projects, the Sparkster investors have been left stunned. “My emotions are upset, angry, all over the place,” says Refresco, who claims that he and the other admins could have done a “10x” better job than Daya as CEO. He also has a warning for Daya that he and the other members are not going down without a fight. “Everybody knows it is a scam,” he says, adding that Daya “thinks that I am an empty threat”. Seeing the level of organization within the group and the ways in which they are planning to go about bringing those responsible to book, it’s possible that they are, in fact, anything but. 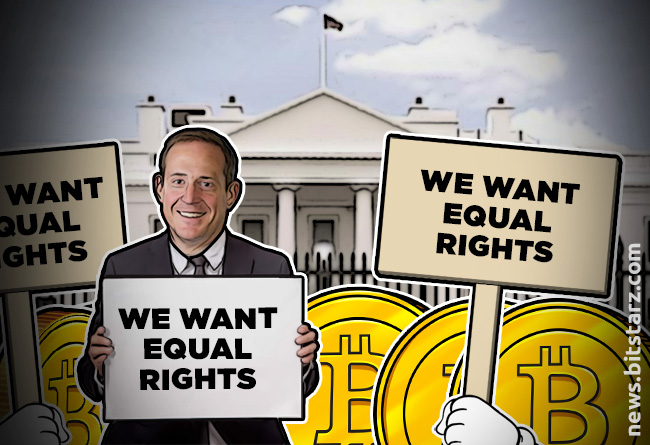 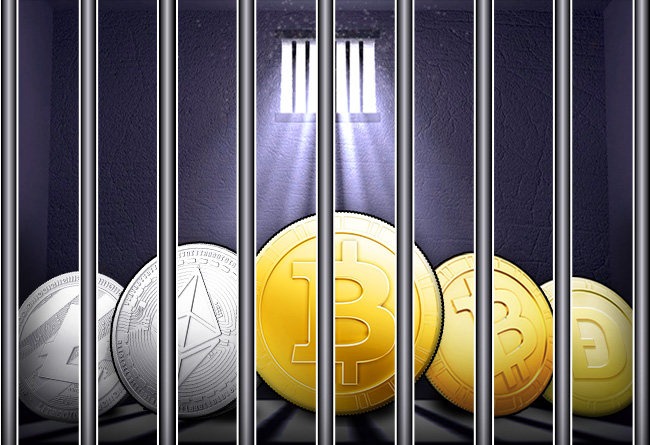 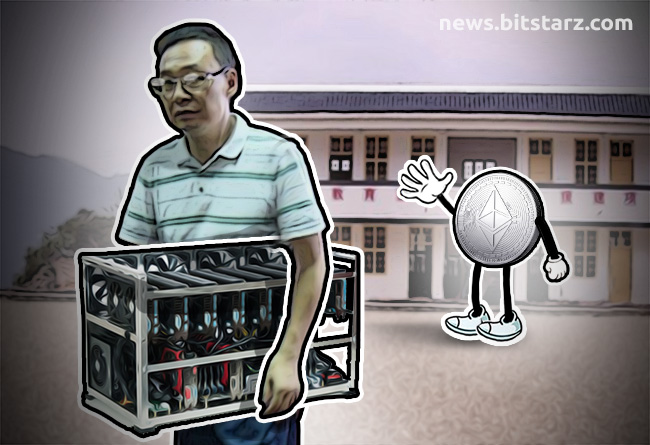 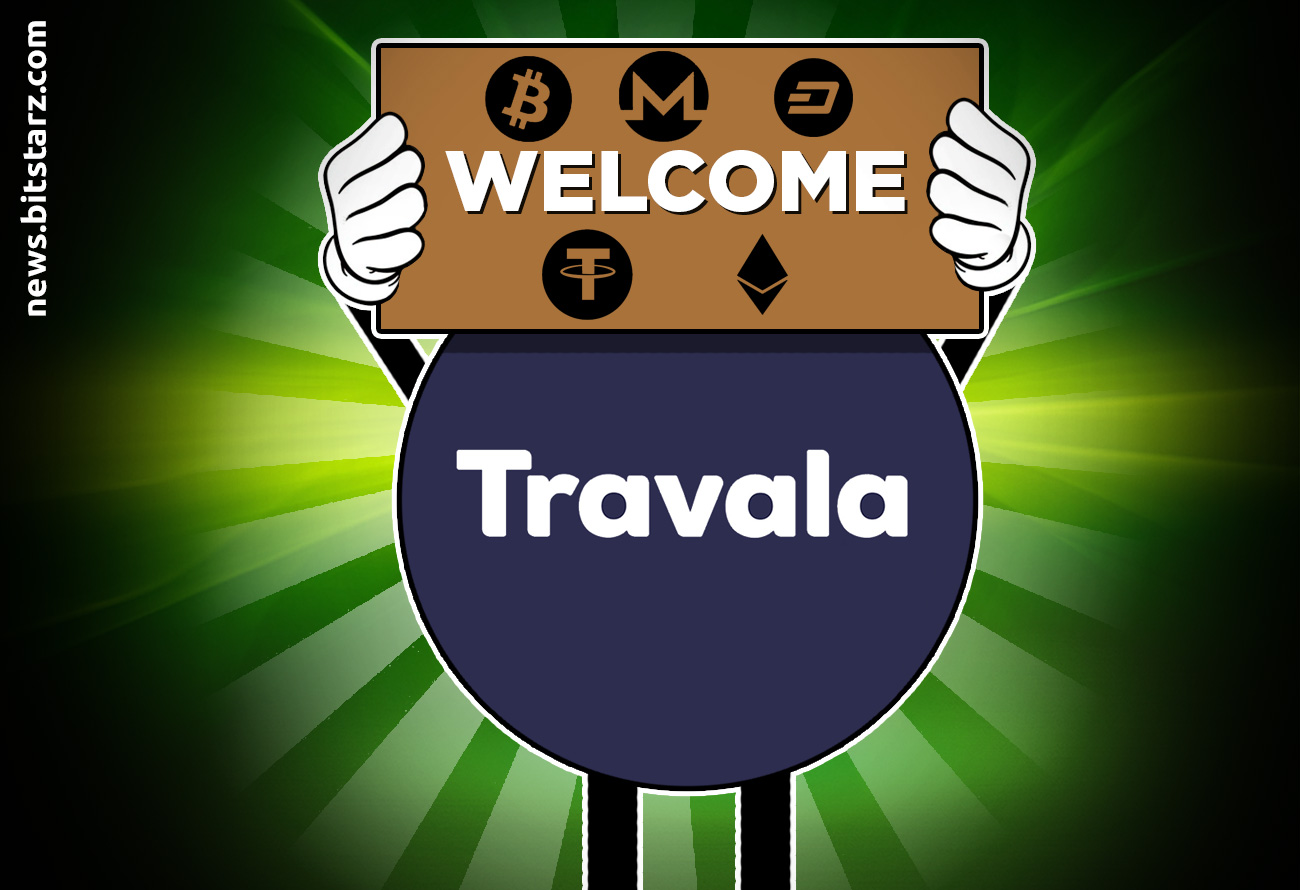 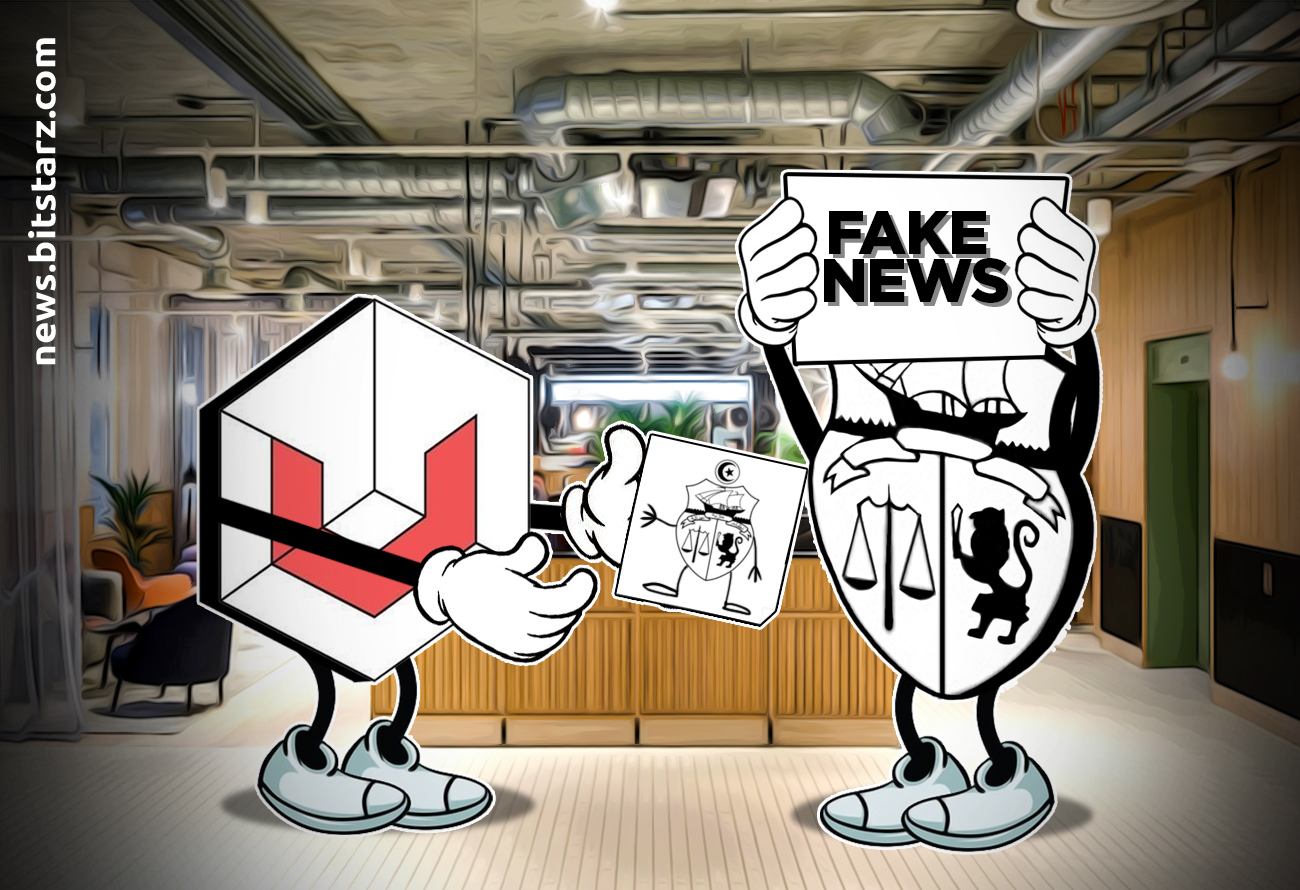 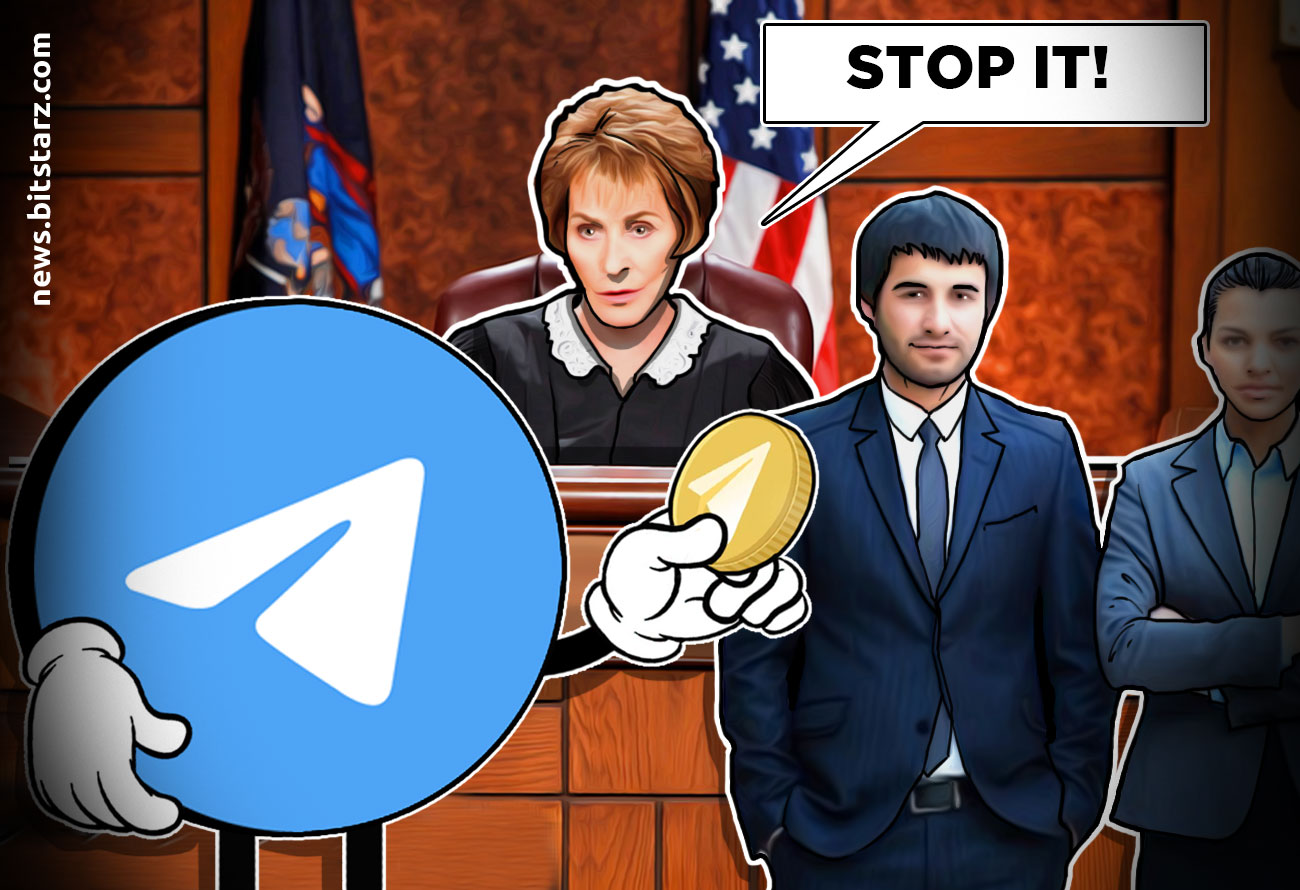 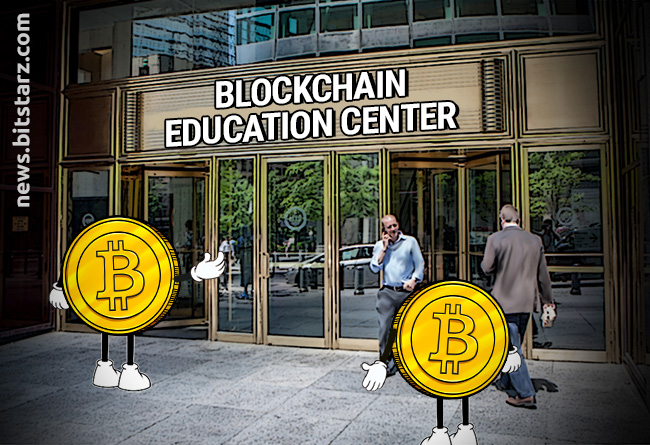 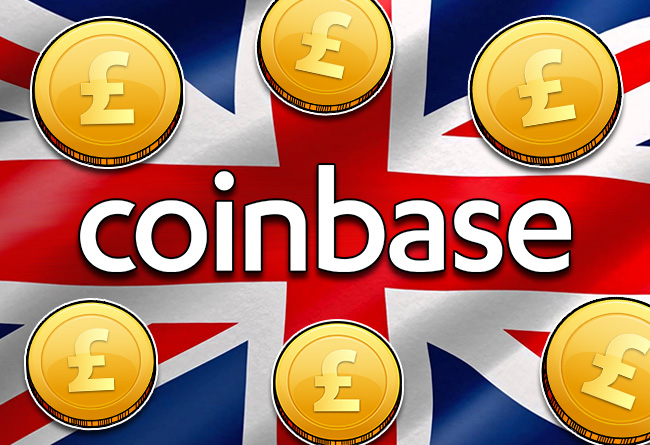 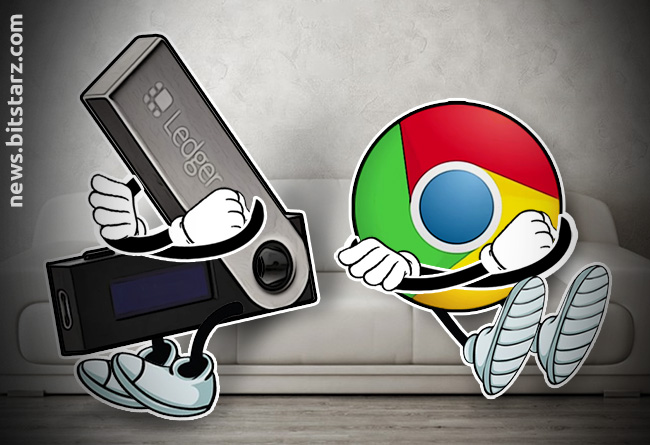 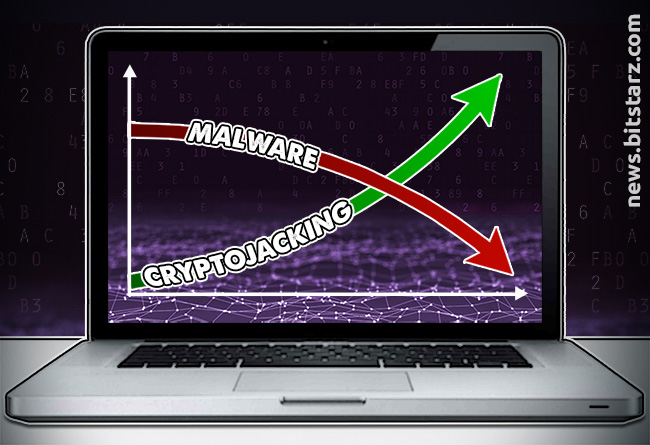 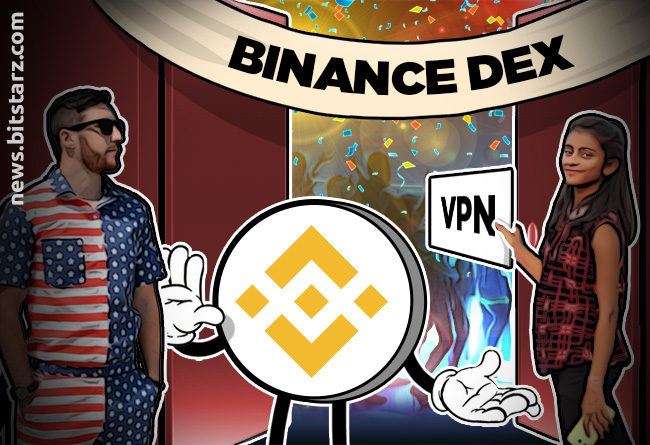