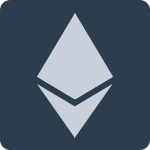 Ethereum (ETH) might not command the same headlines as Bitcoin, but don’t be fooled, as this coin is still a power player within the cryptocurrency space. Created and developed by Vitalik Buterin – who is an outspoken figure in his own right – Ethereum is a public, open-sourced Blockchain-based platform that features smart contracts. Defining Ethereum as just a cryptocurrency or confusing it with Ether would be a misstep, as Ethereum opens the door to developers around the world to create programs that are less exposed to the influence of authorities and middlemen. Widely considered the second biggest cryptocurrency, it’s market capitalization of $45 billion means that it shouldn’t ever be overlooked. FullyCrypto has its finger on the pulse when it comes to Ethereum, so stand by us to discover the latest news regarding ETH.