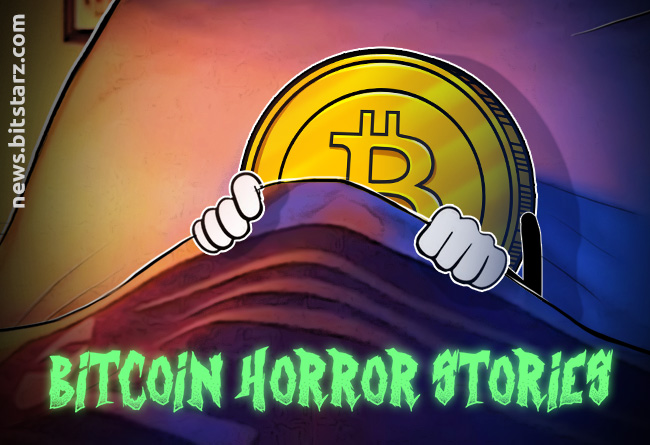 Bitcoin might not have flown to the dizzying heights that CoinsSats might have confused many hodlers with over the weekend, but it’s still significantly higher than it was way back in the beginning. This has led to a number of Bitcoin horror stories, including people losing an absolute fortune as hard drives got lost over the years. We have trawled the various Bitcoin online communities to hunt out the most awful Bitcoin horror stories. Prepare yourself, some of these are hard to read!

Back in 2012, one anonymous Quora user has managed to amass a nice pot of 264.99 BTC in his wallet that was stored on his computer. Thinking that Bitcoin was an internet scam, he decided to forget all about Bitcoin until the news of its massive price spike in 2017 covered the mainstream media. He then dug through all his old computer hardware to find the hard drive he had his Bitcoin stored on. After checking 4 different hard drives, he finally found the hard drive where the Bitcoin was stored. However, on this hard drive he had several partitions. He searched the first 3 partitions with no luck, so he tried the final partition. As he tried to load up the partition, it simply refused to open. After hours of trying to solve the issue, it turns out the partition was corrupted and all his files were lost forever.

Losing Power in the Supermarket

Many crypto traders use their mobile phones to stay connected to the markets while they are out an about, but one crypto trader learnt the hard way that not charging your device before heading out can cost you dearly. While at the supermarket, one crypto trader was checking his position and decided that he was going to take some profits off the table – as any good crypto trader would do. However, just before he could finish placing the sell order, his mobile phone ran out of power. Several hours later after finishing shopping and driving home, the trader discovered that crypto markets had fallen significantly, rendering his position in the red. The moral of this story is always charge your phone if you use it to trade!

Throwing Your Hard Drive Out

If you’ve never heard this tale of heartbreak, then you’re clearly not an avid crypto fan! A man from the UK had begun mining Bitcoin on his laptop back in 2009. After his laptop became faulty, he sold it off for parts – keeping the hard drive just in case something became of Bitcoin in the future. In a catastrophic turn of events, during a house move in 2016, the hard drive was thrown out into a general waste bin. The hard drive contained around 14,000 Bitcoin – worth an estimated $80 million at current prices. The hard drive is located at his local landfill site, and the miner wants to dig up the site in order to recover his fortune. However, digging up a landfill site is a dangerous and complicated task. There is a good chance the site will never let him dig it up, meaning that fortune is lost forever.

If you have a Bitcoin horror story if your own, let us know in the comments below! Hopefully you didn’t lose too much in your horror story, we know just how painful it can be to lose your entire savings!